Yet Another Game System

You are here: Yet Another Game System » Genres » SciFi

PDF versions of YAGS can be downloaded for free from the links below. See Downloads for the full list of rules.

YAGS is released under the GNU Public License, and as such the full set of source documentation is available, as well as the final PDFs above.

YAGS SciFi is one particular view onto future history, which models itself on a softer, more heroic view of technology and exploration. Just as in Hollywood, SciFi characters can travel the galaxy, exploring exotic worlds and meeting green skinned aliens (clothing optional). 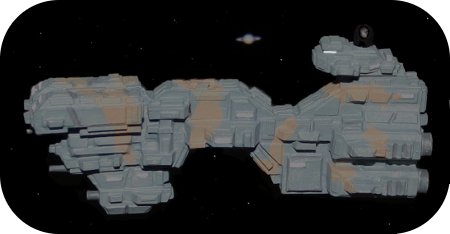 It does try to keep one foot planted firmly in reality, so though amazing technology is possible, it is left firmly for the future. Of course, GMs can mix everything up however they please, and there's nothing disallowed in the rules, but the gadgets and skills described are limited by technology levels in what is hopefully a vaguely consistent fashion.

The default setting for YAGS SciFi is the Mortals campaign setting, set in the year 3001 where the empires of humanity span thousands of worlds. However, it is also very similar to Traveller or settings such as Babylon 5.

The main rule is that computer technology is limited, so that the focus is on people going out and risking their physical bodies on adventures. Spacecraft are common, as is Faster Than Light travel, and all sorts of exotic weapons and gadgets exist. A description of the technologies available is currently being worked on, and will be released as a follow on to High Tech.

Other possibilities are of course available, and some of them are summarized below.

Technology is split according to Technology Level, where TL 8 is the modern day, and earlier TL's appear earlier in history. TL 9+ is the future, going up to TL 20 or so. A brief description of what is possible at each TL is given below.

A more detailed look at specific technology is available at SciFi Technology.

TL 8 is the modern day, up to 2020 or so, allowing some very near future Hard SF to be set at the end of TL 8. Indeed, books such as Halting State or Snowcrash would fit well into this period.

TL 9 is what follows after, and is deliberately kept as a buffer between what is possible now, and what is probably magical. TL 9 contains likely future technologies, and takes up most of the rest of the 21st century. Laser weapons become possible, computer technology improves a lot, but not as much as it did in TL 7-8, and there is some limited space travel.

TL9 is where SciFi split from UltraTech, with the latter assuming a much faster progression of IT, cybernetic and bio-tech technologies. Settings such as Red/Green/Blue Mars could fit well into this era.

The big advancement in this period is FTL, which allows space travel between star systems in a reasonable time frame. Advancements in computer technology come to a halt, advancements in bigger and flashier weapons do not.

A campaign in this period would be similar to Babylon 5, with lots of space craft, but with significant costs involved. You still need people to explore strange new worlds, though you can send down a remote controlled robot to check that it's safe first, and shoot aliens with laser guns and gauss rifles.

A TL 10 society is considered to be a Type I civilisation on the Kardashev Scale.

As space travel becomes faster and cheaper, so other things become possible such as anti-gravity, tractor beams and new exotic types of matter. This is the level of technology required by a lot of sci-fi - flying cars, super hard armoured suits and exotic weaponry.

By this point most people can travel into space quite cheaply, and stellar empires will span hundreds if not thousands of worlds. There may also be human cloning and other genetic advances, and most diseases can be cured.

Medical advances means that organs and limbs can be regrown without too much difficulty, making a life of high adventure that much less likely to end in permanent death.

At this point mega structures are common place, from towering arcologies reaching from the ground into the clouds to giant space constructs similar to small worlds. Terraforming of worlds is also commmon.

Linking human minds to computers becomes possible, as do androids capable of passing themselves off as human.

This is the limit of technology in a setting such as Traveller.

Space craft, or even whole cities, made of force fields, changing the orbits of worlds and even controlling the output of stars is not unheard of. This is the realm of super science.

A TL 20 society is considered to be a Type II civilisation on the Kardashev Scale. They have full control of the resources of a whole star system. At TL 20 and above, a civilisation is building Ringworlds and Dyson Spheres, and can routinely manipulate stars to control their energy output.

There are few campaign settings which will have common instances of TL 20+ technology, since it is difficult to imagine without losing the essence of what it is to be human.

At TL 30, a civilisation has reached Type III on the Kardashev Scale, manipulating the very structure of galaxies. There are few cultures in any form of science fiction that are at this level of technology.

At TL 40+, Type IV civilisations have control over the whole of time and space. The Xeelee or the Time Lords would be the best known examples.